Tecalemit’s Commercial Vehicle Brake Testers are not just about carrying out HGV, Bus or Coach annual testing as part of an Authorised Test Facility (ATF). In the latest edition of Transport Operator we explore the benefits of installing a Roller Brake Tester for periodic safety checks. Routine safety inspections of commercial vehicles should be carried out

As it has been announced, going forward new MOT equipment will need to be able to connect to the MOT testing service (MTS). Currently as of the 1st October 2019, anyone installing a new roller brake tester will need to make sure it’s a model that can connect to the MTS. This includes purchasing one as a 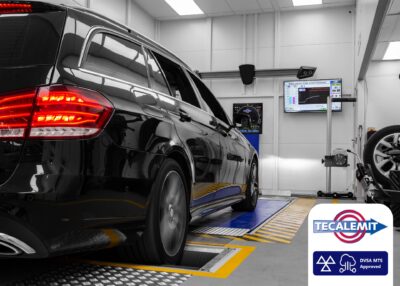 Sheffield garage owner Martin Dawson was all set to self-build an extension to his Neepsend garage in 2012 – but thieves had other ideas.  They stole the extension. Now, more than two years after originally planned, the facility has finally opened. Mr Dawson owns STM Automotive in Parkwood Road, and the extension was designed to