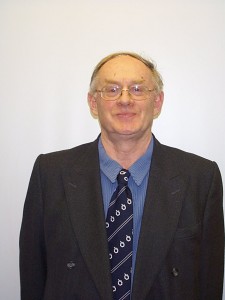 It was with much sadness that we announce the passing of Richard Ashley Carter, Tecalemit Sales Manager from 1987 and still working in a consultative role at the time of his death on March 29th 2015.

Richard was a much loved and respected colleague, mentor and friend whose encyclopaedic knowledge of the automotive industry left many in awe.

For a large part of his career with Tecalemit Richard specialised in turnkey projects designing and fitting out new workshop facilities with compressed air, lubrication and fume extraction systems to work alongside the workshop tools and equipment manufactured by Tecalemit.

Richard’s career in the garage equipment industry began in 1967 with Kismet Ltd of Bedford. There are many colourful tales of his time with Kismet but he was renowned for his prolific ability to sell workshop equipment. In 1980 Kismet was acquired by Laycock Engineering, among the principal assets was Richard or ‘RAC’ as many of us knew him. Laycock Engineering was in turn acquired by Tecalemit in 1987 and RAC moved seamlessly into the Tecalemit sales organisation undisturbed by the changes going on around him.

Richard continued. Working in his ever gentlemanly manner, generating reams of hand written correspondence to clients, suppliers and colleagues, Richard’s letters and notes became famed throughout the business. Richard had an easy going charm that eased him through the most difficult negotiations. No one who worked with him can recall even the slightest loss of composure, never a raised voice and challenges always dealt with complete calm and professionalism.

After his ‘official’ retirement in 2000, Richard was straight back to work, after a 2 week holiday, in his new consultant role and he continued this association until the time of his passing.
We all have fond memories or Richard and send our deepest sympathies to his family and friends.